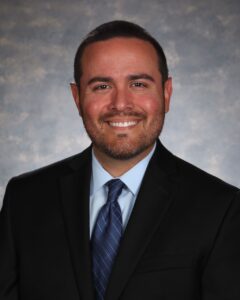 SHAFTER, CA – The Minter Field Airport District has appointed Daniel Ponce as the new Deputy Director, Finance & Administration. In this position, Mr. Ponce will be responsible for directing all accounting, fiscal management, personnel and administrative functions of the Airport District. He began his new position April 8, 2019.

Mr. Ponce has over nine years of supervisory and managerial experience, including five years’ in the accounting industry and three years in the governmental sector. Prior to joining MIT, he worked for the Kern County Department of Human Services as Accountant III. He was also an Audit Manager for Acuity Consulting, Inc. and served in the United States Marine Corps.

“I’m extremely excited to be a part of the MIT team, and to serve the aviation community in Kern County,” said Mr. Ponce. “Minter Field has such a rich and storied history, being a former military installation. It is an honor to have this opportunity, and I look forward to contributing to its continued success.”