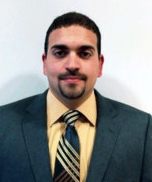 Mr. Maldonado most recently worked as an Aviation Planner for RS&H where he developed land use plans, created alternative concepts for the highest/best use of airport property and funds, and conducted airspace analysis for spaceport certification. He has also worked for AECOM, GDA Engineers and Airports Worldwide at
Orlando-Sanford International Airport.