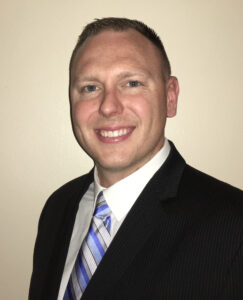 SAVOY, IL – The University of Illinois at Urbana-Champaign has selected Tim Bannon, A.A.E., as Executive Director for the University of Illinois Willard Airport (CMI). In this role, Mr. Bannon will have direct operational and administrative responsibility for supporting and achieving growth and economic sustainability of the airport. He will begin his new position in late July 2019.

“I look forward to continuing to work with our excellent staff at Willard Airport,” said Mr. Bannon. “I appreciate the University of Illinois placing their trust in me to lead Willard Airport, and I am very grateful for the opportunity to serve as the next Executive Director.”

Mr. Bannon earned a bachelor’s degree in Aviation Management and a master’s degree in Public Administration from Southern Illinois University. He is an accredited member (A.A.E.) of the American Association of Airport Executives. He is a commercial pilot and previously served on the Board of Directors for the Arizona Airports Association.