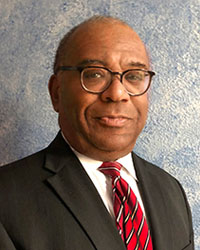 ADK joins Kenneth Gwyn, A.A.E., as he celebrates his five-year anniversary with the company. As a Senior Project Manager, Kenneth primarily works with clients in identifying, recruiting, and assisting with the appointment of critical airport personnel. “I consider myself as an extension of the organization’s staff.  That means being resourceful, responsive, and accountable to the client. I bring my vast experience of airport management, public administration, and human resource management to each engagement.”