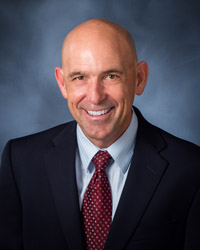 Rod Dinger, A.A.E. has extensive experience in the public sector. Prior to his retirement from full-time public service in 2015, Rod had direct oversight of six internal City of Redding divisions that included Airports, Solid Waste, Information Technology, Fleet, Building Maintenance and Purchasing.  Rod had managed the City of Redding’s two airports since 1996.

Rod came to the City of Redding in 1991 as the Airports Operations Manager. Prior to Redding, he worked at the Long Beach Airport as the Noise Abatement Manager and as an Operations Intern at the San Jose International Airport. He is a 1987 graduate of San Jose State University with a Bachelor of Science Degree in Aeronautics. Rod proudly served in the United States Air Force and has been a pilot since 1976.

Since joining ADK, he has served as interim airport manager for five different airports (MVY, ACV, RDD, VCB and CIC). In each case, filling a temporary need while the airport operator was completing their search for a permanent airport manager. Rod has also been the Lead Project Manager on numerous senior executive level searches.

Rod enjoys spending time with family and friends. He loves to travel, camping and is an avid golfer. He grew up in rural Pennsylvania but has spent most of his life in California very near his family.