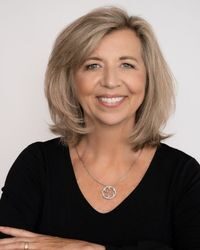 Ms Schatz has over 40 years of diverse experience in the aviation industry. ‘Sia’ has experience with various aspects of the industry from the airlines to numerous airport and Port Authority positions and most recently, as a Program Officer for the Airport Cooperative Research Program (ACRP).

Sia’s most recent role, prior to joining ADK, was Senior Program Officer in the Airport Cooperative Research Program (ACRP) at the Transportation Research Board under The National Academies of Sciences, Engineering and Medicine in Washington, D.C. Since 2008, Sia managed a variety of current, applied research projects geared to finding current, practical solutions to airport issues. The range of research topics she managed for the airport industry included areas in operations, environmental, business and finance, human resources, safety, policy, and planning, among others.

Prior to ACRP, Sia was with The Port Authority of NY &NJ and held a variety of Supervisory and Managerial positions throughout the Aviation Department including airport operations, administration and property management at JFK, Newark Liberty and LaGuardia Airports. In her last position with the Port Authority, Sia was the Assistant Manager, Properties & Commercial Development at LaGuardia Airport, the principal business unit that negotiates and administrates the major airline leases valued at over $200 million in annual revenue.

In addition, Sia has worked for Lufthansa German Airlines at its North American headquarters and at JFK International Airport, an FBO at Republic Airport, NY and an internship at a New York Aviation Consulting Firm.

Sia holds FAA Private Pilot and Flight Dispatcher Certificates.  She has membership in Women in Aviation, International (WIA) and the International Aviation Women’s Association (IAWA), AOPA and was an Adjunct Professor at Vaughn College of Aeronautics and Technology in New York.

Sia is an Accredited Airport Executive by the American Association of Airport Executives (AAAE), a member of the Northeast Chapter and a Board member of International American Association of Airport Executives (IAAE).  Sia holds an MBA, Baruch College, City University of New York, a B.S. in Aviation Management from Florida Institute of Technology, and an A.A.S in Aerospace Technology from Farmingdale College, State University of New York, where she was recently inducted to the Aviation Hall of Fame.

Sia and her husband, Michael, were born and bred in New York City and have been residents of Maryland, in the DC region since 2009. They have two adult children, Erich and Michele, and enjoy their rescue, Adelaide, “Addie”. Sia and Michael enjoy traveling and spending time at their lake house in upstate New York.