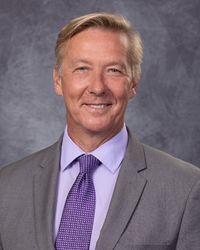 JACKSONVILLE, FL – ADK Consulting & Executive Search is pleased to announce that Barry Rondinella, A.A.E., has joined our team as Senior Consultant. Barry has an extensive background in aviation management and an impressive history of transformational and visionary leadership. He has a sharp focus on creating an environment of teamwork and excellence, helping an organization innovate, thrive and grow through clear vision and strategic development. Barry prides himself on building lasting partnerships.