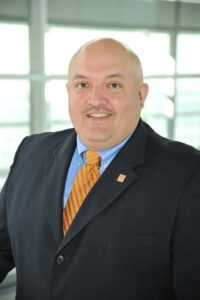 Mr. Saenz has been with the Houston Airport System for 25 years, holding increasingly responsible leadership positions until he was promoted to Chief Operating Officer in 2016. Mr. Saenz managed all operations, maintenance, safety and security functions for the city’s three airports: George Bush Intercontinental Airport, William P. Hobby Airport and Ellington Airport. He managed and coordinated the preparation of a $300 million annual budget, as well as capital improvement programs. He also previously served as the General Manager of the William P. Hobby Airport.

“I am extremely excited to join the San Antonio team and very impressed by the professionalism, people, and community,” said Mr. Saenz. “I look forward to partnering with local leaders in pursuing airport strategic and capital developments that will increase the spirit of creativity, innovation and service.”

Mr. Saenz holds a bachelor’s degree in Social Sciences from the University of Houston and is accredited as an International Airport Professional (IAP) through the Global ACI-ICAO Airport Management Professional Accreditation Program.