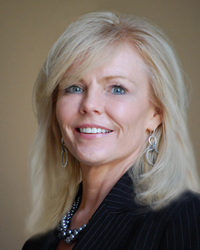 WASHINGTON, D.C. – Linda Frankl, A.A.E., Senior Practice Leader for ADK, will speak at Airports Council International-North America (ACI-NA) and American Association of Airport Executives (AAAE) Airport Board & Commissioners Conference. Held on April 24-26, 2022, in Louisville, KY, this event brings together airport board members and commissioners from across the United States to provide training and insightful presentations.

Ms. Frankl will be speaking on the topic ““Recruiting Airport Executives & Workforce Development.” She will discuss best practices when recruiting and hiring airport executives and the dos and the don’ts of workforce development in the modern era.

The Airports Council International-North America (ACI-NA) is the voice of North American airports, representing local, regional and state governing bodies that own and operate commercial airports in the United States and Canada. ACI-NA is the largest of the five worldwide regions of the Airports Council International (ACI). Its members represent more than 300 airports operating in the United States and Canada and nearly 400 aviation-related businesses.

The American Association of Airport Executives is the largest professional organization for airport employees, delivering results for dedicated individuals who serve as the backbone of AAAE and the nation’s airport system. AAAE members are leaders in key roles from the C-Suite to the terminal and on to the airfield.

Get more information about the conference here.