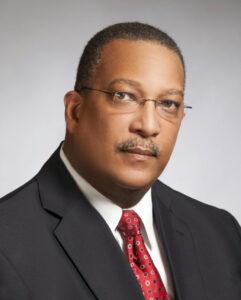 BIRMINGHAM, AL – The Birmingham Airport Authority has appointed Ronald Mathieu, C.M., as the new Chief Executive Director. Mr. Mathieu will oversee all operations and be responsible for leading the airport’s continued growth. He will begin his new position on June 17, 2019.

“Birmingham-Shuttlesworth International Airport plays a key role as a vital economic engine for our region,” said Bobbie Knight, chairman of the Birmingham Airport Authority board of directors. “With Ron at the helm, we will continue to build our strong airline and retail partnerships while improving the passenger experience. His extensive knowledge in airport operations and development will serve the Birmingham-Shuttlesworth airport well as we continue to see growing passenger traffic.”

Mathieu most recently served as Executive Director of the Bill and Hillary Clinton National Airport in Little Rock, Arkansas, where he was responsible for overall administration, operations, maintenance and development. He strengthened the airport’s financing, making it debt free during the airport’s largest construction project.

“I look forward to joining BHM and working closely with the board and staff team members,” said Mathieu. “The airport is a critical economic generator for the city of Birmingham and great state of Alabama. We look forward to working to ensure that the airport continues to make a reliable, sustainable and growing economic impact, while also ensuring our customers have a positive travel experience.”

“Ron brings a wealth of knowledge to this role,” said Chris Johnson, BAA board member and chairman of the selection committee. “He rose to the top of our candidate list with his strong financial, operations and administrative work for other national and regional airports.”