Sean Parker Named Airport Director by the City of Temple 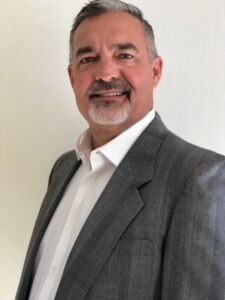 TEMPLE, TX – The City of Temple has appointed Sean Parker as Airport
Director for the Draughon-Miller Central Texas Regional Airport (TPL). In
this role, Mr. Parker will direct, manage, supervise, and coordinate the
programs and services of the airport; coordinate assigned activities with
other city departments, divisions, and outside agencies; and provide
support to the city leadership. Mr. Parker will begin his new position on
November 4, 2019.

“I am honored to be selected as the Airport Director for Draughon-Miller Central Texas Regional
Airport and I am ready to hit the ground running,” said Mr. Parker. “My first priority is to meet
everyone and work on creating great working relationships with the staff, airport tenants, and
stakeholders. I look forward to being part of the airport’s growth and continued success. My
family and I are excited to be a part of the Temple community.”

Mr. Parker has over 23 years of experience in airport operations and administration. Most
recently, he was the Airport Director and Aircraft Rescue and Firefighting Chief for the Village of
Ruidoso in New Mexico. He has also worked for the Clark County Department of Aviation (Las
Vegas) as Airport Operations Coordinator.