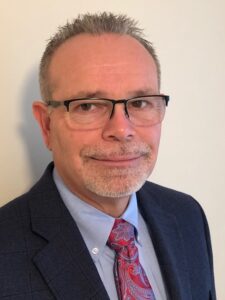 ALBUQUERQUE, NM – The Albuquerque Aviation Department has named Steven Petty, A.A.E., as the new Deputy Director of Aviation – Airside. In this role, Mr. Petty will be responsible for the direction of Airside Operations for Albuquerque International Sunport (ABQ). He began his new position January 21, 2020.

Mr. Petty has over 30 years of experience in airport management, most recently as Vice President/Operations and Public Safety for the Louisville Airport Authority (SDF). During his tenure with SDF, he also served as Deputy Executive Director/COO and Director of Public Safety. Previously, he worked for Cincinnati/Northern Kentucky International Airport as an ARFF Battalion Chief.

“I am extremely excited to be a part of the ABQ team, and to serve the aviation community with the City of Albuquerque,” said Mr. Petty. “It is an honor to have this opportunity, and I look forward to contributing to its continued success.”

Mr. Petty received a bachelor’s degree in Business Administration from Xavier University, and is an Accredited Member (A.A.E.) of the American Association of Airport Executives. He also served as a member of the United States Air Force.