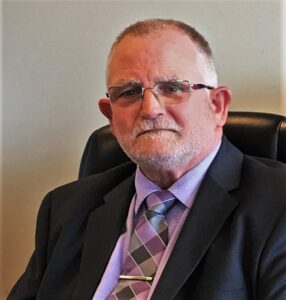 KILLEEN, TX – The City of Killeen Department of Aviation has named Michael Wilson as the new Executive Director of Aviation. In this role, Mr. Wilson will be responsible for managing the two airports operated by the City of Killeen: the Killeen-Fort Hood Regional Airport (GRK) and Skylark Field (ILE). He began his new position on April 15, 2020.

Mr. Wilson brings more than 39 years of aviation experience to his new position with the City of Killeen. He has been serving as Interim Executive Director of Aviation since November 2019 and spent the last 14 years as Operations Manager for the airport. Mr. Wilson has also worked for the City of Brownwood, Texas as Airport Manager and Airport Assistant Manager.

“I am very excited about the opportunity to serve as the Executive Director of Aviation for the City of Killeen,” said Mr. Wilson. “I look forward to ensuring that the Killeen-Fort Hood Regional Airport and Skylark Field continue to provide first class service to the citizens of the Central Texas Area and Fort Hood.”

Mr. Wilson is certified as an Airport Security Coordinator through the American Association of Airport Executives (AAAE).