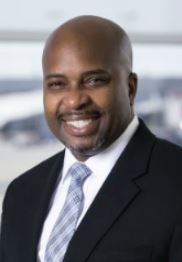 JACKSON, MS – The Jackson Municipal Airport Authority (JMAA) has named Paul Brown as Chief Executive Officer. Delivering more than 25 years of experience in non-aeronautical revenue generation, specifically in airport concessions development and management, Mr. Brown is regarded as one of the industry’s leaders in analysis, forecasting and trending.

Mr. Brown also served as Director of Concessions in ATL where he led the design, evaluation and selection process for the world’s largest single airport concessions’ request for proposal (RFP). This RFP featured 152 pre-existing and new spaces for retail as well as food and beverage in the atrium and on all seven concourses throughout the airport.